Teradata Cares for the Munich Orphanage

The morning sun felt pleasantly warm on the skin, the smell of wood was in the air, children were laughing nearby — it was the beginning of a very untypical working day for the Teradata Cares team. On the agenda of this year's social project: Two days of renovation for the playground at the Munich orphanage, followed by the distribution of water ice to the kids.

At a small breakfast, household manager Kathrin Krist gave an overview of the Munich orphanage and answered many curious questions from the helpers. One-hundred and fifty children live in the orphanage that looks like a green oasis in the middle of the city — some of them temporarily, others for their entire childhood. The kids and young people, who live in supervised residential groups, can relax at the football or volleyball court after their homework. The highlight for the little ones is their playground. Robert Schmidt-Ruiu, social pedagogue and carpenter, who works exclusively with untreated wood, informed the crew that it is time again to replace the playground’s boards. In addition, the Teradata employees would also build a new playhouse.

Before the actual work could begin, the team inspected the building material and playground. Our full concentration was required when Schmidt-Ruiu explained the components of the massive oak boards and the correct operation of the machines.

Rachel, Oliver, Andreas and Dajana then set off like real experts. They prepared the wooden boards for mounting. Sawing off the sapwood and shaping the edges makes a lot of noise, so it comes as no surprise that the children queued up, wanting to operate the machines themselves. And everyone is allowed, under the supervision of an adult, to work with the wood and make their first steps in the craft. 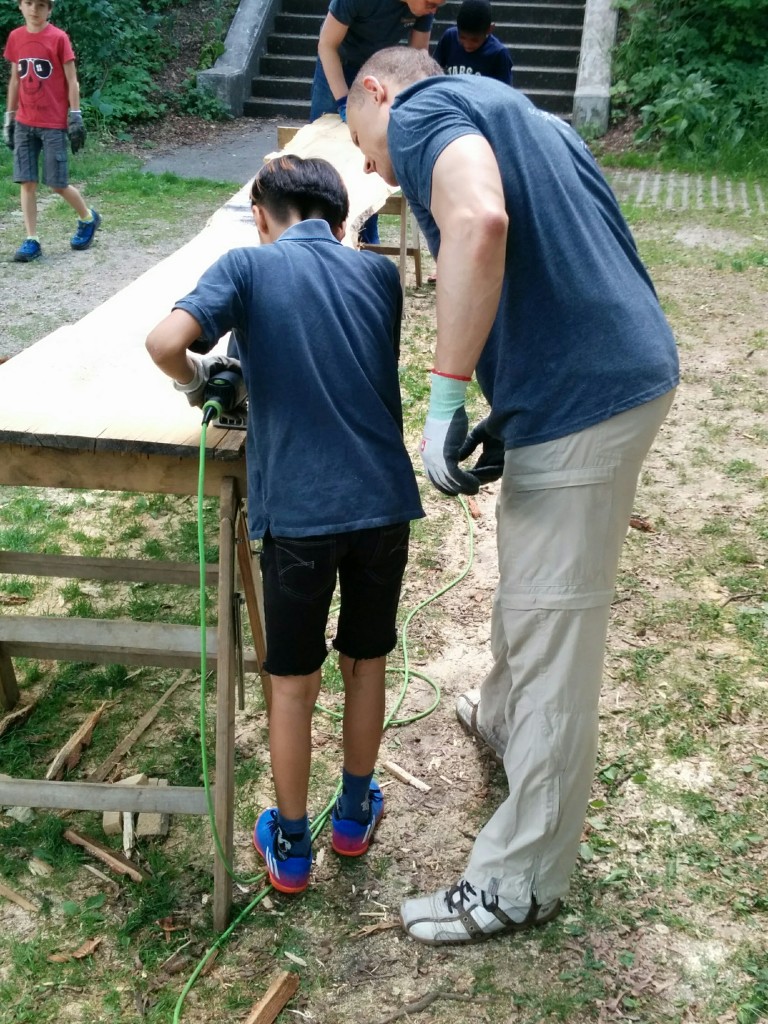 At noon, our volunteers enjoyed a meal prepared by the cooks of the orphanage. While they ate, they discussed the next steps of the project. Everyone was both proud — and a bit surprised — by our till-now undetected craftsmanship skills! 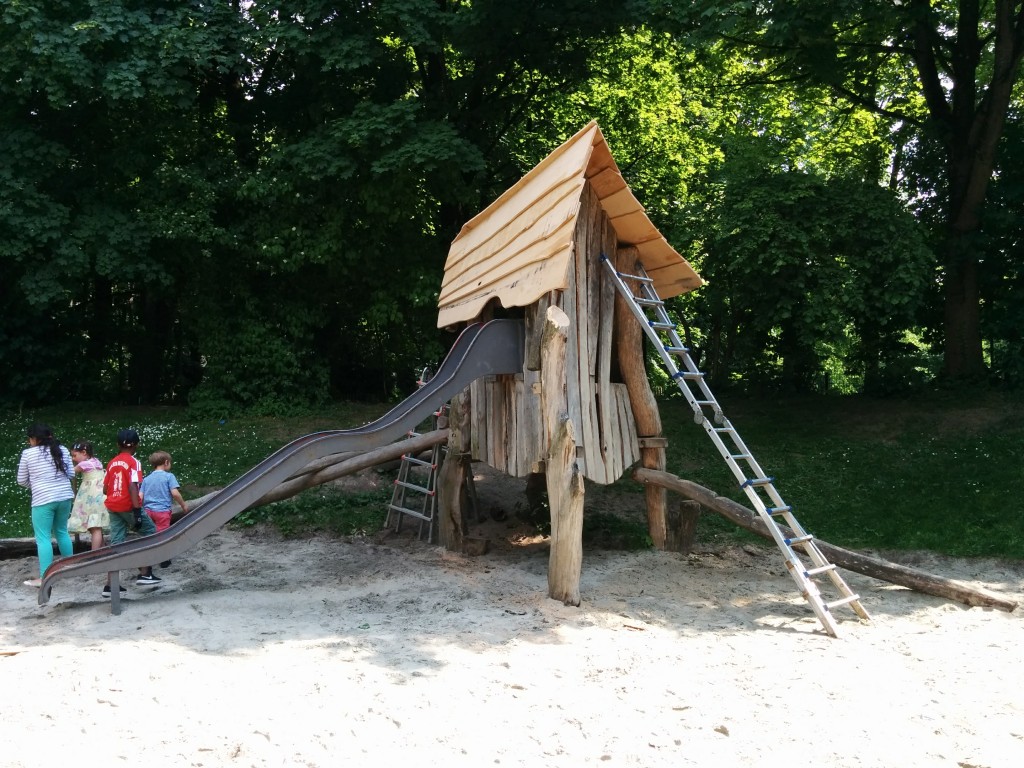 After two days of drilling, hammering and sawing, the new playhouse was done, a second one carries brand-new roof boards, and the frames of the sandbox were replaced. Reason enough to celebrate with the children: Generous donations from the colleagues at the Munich office made it possible to distribute mountains of water ice to the little ones — and also to the adults. To crown the two busy and fulfilling days, the Teradata Cares team handed over a €1,000 check to orphanage director Ursula Köpnick-Luber, who could hardly conceal her surprise and delight. And despite the sore muscles and dusty T-shirts, everyone was in agreement that working together was a lot of fun.

Teradata Cares is a program designed to build strong and vibrant communities, improve quality of life, and make a positive difference where we live and work. And with our strategic focus on Doing Good With Data™, we’re committed to making societal change utilizing the power of what we know best, data. Teradata employees are encouraged and empowered to seek out opportunities to engage with their individual communities according to their own specific interests. Key areas of focus include improving youth education, strengthening neighborhoods, and caring for the environment and supporting sustainability.