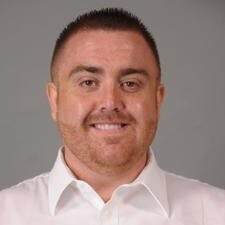 Nathan Zenero holds a Bachelors Degree of Science in Petroleum Engineering from Texas A&M University and a Lean/Six-Sigma Certification from the University of Oklahoma. As a drilling engineer for Chesapeake, he was responsible for evaluation and implementation of new technology with a special focus on quality systems, drilling optimization, automation, big data, and real-time systems.

At Chesapeake, he performed pioneering work, from 2013 to 2015, in the field of operational data quality in support of over 200 drilling and completions rigs. His work serves as a standard reference in the domain and was the catalyst for the Operators’ Group on Data Quality (OGDQ) which he founded and for which he served as president for two years. He is co-developer of the industry’s first iron roughneck makeup torque validation and calibration device and is widely recognized for the definitive study on topic (SPE 178776-MS). He is also co-developer of a high-accuracy BOP testing system and has personally developed and performed detailed, ISO compliant audits of nearly a dozen BOP testing providers.

Nathan has several patents pending in the fields of real-time operations process management and automated data collection. He is an expert in drilling data analytics and is a leader in the use of applied statistics, cased-based reasoning and big-data systems to improve real-time operations. He has published on many topics including automation, data quality, analytics, data science, blockchain, and emerging technologies.

Mr. Zenero has considerable experience in the design and implementation of drilling controls and automation; and, as a product line manager deployed upgrades to more than 75 rig controls systems. He also has applied experience in deep-water flow assurance, hydraulic fracturing, and reservoir simulation.